Yeah, yeah, we all wish that the “history” category on your bar trivia card would invariably result in easy “trilogy” questions--that is, George Washington, Abe Lincoln, or FDR--but it never seems to pan out that way. Instead, you’re probably forced to dig into dusty memories of middle school American history to try and produce the names and accomplishments of any of the forgettable presidents of the Manifest Destiny and industrialization eras. Honestly, most people’s idea of presidential history during the 19th and early 20th century goes pretty much like this: “Uh, Honest Abe? And then… uh… Ulysses S. Grant?”

Don’t worry, we’ve got your back. This series will focus on the mundane, the inane, and the germane when it comes to some of our most unnoticed POTUS--and you might be surprised at how interesting some of these always-the-ignored, never-the-Rushmore’d presidents turn out to be. And as a bonus prize for sticking with these co-bland-ers-in-chief (other than those sweet, sweet pub quiz victories), we’ll post a new POTUS-themed cocktail for you to try out each week. 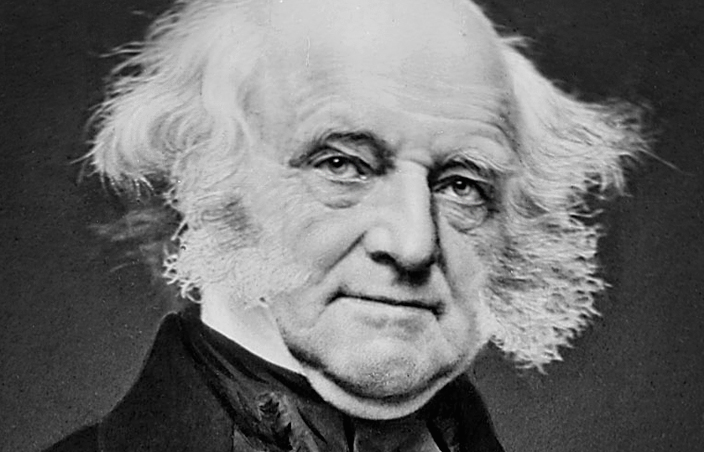 We’re starting chronologically with Unnoticed POTUS Martin Van Buren. He was the 8th president and he served one term from 1837 to 1841. He was the only president whose first language was not English (it was Dutch) and the only one until JFK of non-British origin, so he had that going for him. He was a pick-yourself-up-from-your bootstraps kind of guy, an approach which didn’t exactly work out in the economic depression known as the Panic of 1837 and probably caused him to lose his bid for reelection (twice). Basically, had MVB been in charge during the economic crisis of 2008, he’d would have been the guy who vetoed the bailout and sank the economy.

But seriously screwing up the economy isn’t the only thing worth knowing about MVB. Here are some of the highlights:

So remember that part about Davy Crockett writing a 200-page ragefest about Martin Van Buren? Yeah, so not all of our MVB facts are great. For example, you have him to thank for our stellar, it-totally-works-all-the-time-and-completely-reflects-all-of-the-nuances-of-the-social-and-economic-concerns-of-300-million-people two-party political system. Basically, MVB was the kind of politician that George Washington explicitly warned against. People actually called him “The Little Magician,” on account of his stature (5’6”) and the fact that he took political wheeling-and-dealing--and, you know, the cronyism and nepotism of the spoils system--and practically elevated it into an art form. Essentially, he was early America’s Frank Underwood, only with less murder and more… coming down on the wrong side of the Amistad case. You know, like people do.

True facts. MVB was president during the events of The United States v. The Amistad. As you probably know from this great movie, the case surrounded the fates of African slaves who were able to revolt against their Spanish captors and take over the ship, La Amistada (Spanish for “friendship”). Several crewmembers died in the rebellion, but the Africans were able to force the remaining crew to set sail back to Africa--only, they were tricked and ended up off the coast of Long Island. What followed was a critical time for the abolitionist movement, members of whom argued that the Africans were justified in defending their freedom.

It seems like a no-brainer, especially for a guy who very sneakily arranged for the release of one of his own slaves; a bunch of Africans are illegally captured, illegally transported, and very bravely fight for their own freedoms, and also, slavery is bad, remember? But nope, instead of listening to guys like John Quincy Adams and, you know, international law prohibiting the slave trade, Martin Van Buren instead worried about losing political face in the Southern States as well as increasing diplomatic tension with Spain. So when a lower federal court ruled in favor of the Africans, Van Buren ordered the U.S. Attorney to appeal case to the Supreme Court, where, fortunately for everyone, the ruling was upheld and the African captives were allowed to go free. 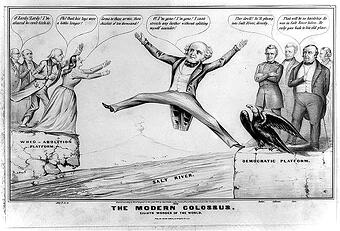 MVB’s saving grace when it comes to the abolition issue, at least, is the fact that he was cool with Abe Lincoln and even endorsed him as the Civil War began. And it’s thanks to him and his egregious abuse of executive power in forcing the Amistad case to the Supreme Court in the first place that the abolitionist movement was able to score such an important win. So… thanks?

So there you have it. In short, Martin Van Buren was kind of a douchebag--but he was at least an interesting douchebag. For better or worse (worse, the answer is worse), he had a major impact on the development of our modern political system. OK? OK.